How to Create A Jabbawockeez Group Costume

How to Create A Jabbawockeez Group Costume

Looking for a fun group costume for  your crew of friends, co-workers or roommates? Look no further than the easy to put together Jabbawockeez costume!

When you think of hip hop dance, it’s hard not to think about the Jabbawockeez. Hailing from San Diego, California, the Jabbawockeez are a renowned dance crew that have mastered performing clean choreography, freestyling, and putting on explosive shows to entertain their audiences at various venues. From being the winners of America’s Best Dance Crew in 2008 to being current performers at Universal Studios Halloween Horror Nights, the Jabbawockeez have racked up numerous achievements and awards since their establishment in 2003. They have even starred in other forms of media, including DaBaby’s music video for his song “BOP” and an episode of Aziz Ansari’s Netflix series Master of None.

As a global phenomenon, the Jabbawockeez entertain a large fanbase that spans all over the world. Through their incredible performances and astonishing techniques, they have inspired a new wave of hip hop dancers as well, having left their mark on numerous dance shows, ranging from America’s Best Dance Crew to World of Dance. Whether you’re a casual fan or want to be the next Jabbawockee, you and your crew can dress up as these phenomenal dancers for Halloween in just a few steps!

The most notable part of the Jabbawockeez look is the iconic white mask that they wear while performing. The Jabbawockeez originally started with ski masks, but they eventually retired the old masks and took on the white masks that we know and love today as their official look. It’s become such a notable part of their look that most people identify the mask as the Jabbawockeez’s mask instead of a typical masquerade mask. Imagine being so influential that people see an entire piece of clothing differently than before.

Along with the mask, another important part of the Jabbawockeez look is the bucket hat. Throughout their various performances, the Jabbawockeez have worn bucket hats in numerous colors, ranging from black to red to yellow. However, black is the typical color for their performances and is a safe bet when selecting a color for your costume. Red is the second most used color if you want another option.

The last remaining piece that makes up the perfect Jabbawockeez costume is the white gloves, which came around the same time as the mask. The gloves have been a constant fixture in their performances, accenting the smooth motions of their hands as they dance. Even if it seems like a small accessory, it’s definitely a detail that you don’t want to miss when putting together your costume.

Besides looking sharp, another great thing about dressing up as the Jabbawockeez for Halloween is that the pieces for the costume are easy to find and gather before the holiday arrives. Each piece can be located in your local stores, but hats, gloves, and masks that more closely resemble the style of the Jabbawockeez can be found online at the Jabbawockeez’s official website, including the official mask and gloves, and on Amazon for another version of the mask and the bucket hat. Pair these pieces with your favorite Jabbawockeez attire, whether it’s a button down and a tie or a sleek jacket and hip hop pants, and make this Halloween one to remember! 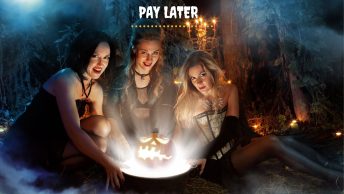 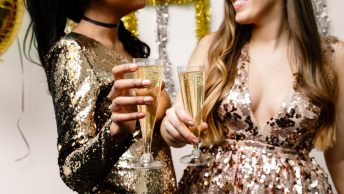 How to Celebrate Galantine’s Day 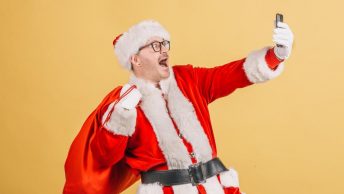 I’ll be (Staying) Home for Christmas